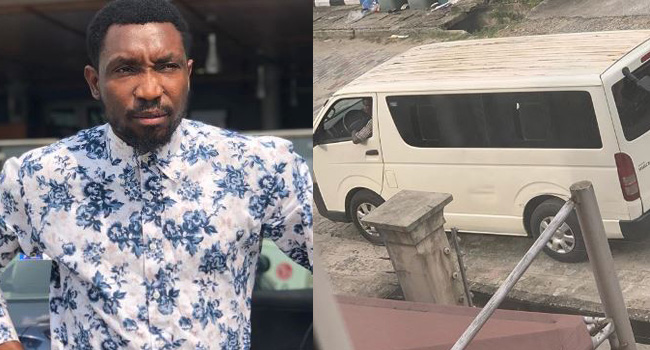 Gentlemen of the Press –

My wife and I have called this press conference because, as a man, I have done what I am supposed to do – I stood by my wife when she decided to go public with her truth. It was not an easy decision but I was raised by my Grandmother – I saw that woman go to heaven and back for me – she used to trek kilometres to go to church to pray for me and sold everything to make sure we ate. From loving my Grandmother, I have a deep respect for women; I took the decision boldly as a man should. I stood for her when she came under attacks from the ill-intentioned members of society. I have fought for her even when I have been abused, lied against and accused of unspeakable things.

As a Father however, I could not have foreseen the events of yesterday when an attempt was made to abduct myself and my wife –FOR TELLING HER TRUTH.

All we have asked is for this matter to be duly investigated. I did not expect that our residential address – where our children live – will be released to the public AND SINCE THEN, I have noted with increasing alarm, how my life, my wife’s life and the lives of our children have been put at risk by unscrupulous persons. We have been followed, our home has been watched, people have been standing in corners pointing fingers at our home – we have been unable to do any work; the children have had to be explained to several times why they cannot go outside and play.

As a Father and as the protector of my home under God, I have decided to come out and speak publicly against the harassment, bullying and maliciousness we have received as law abiding citizens of Nigeria – BECAUSE my wife decided to tell her truth and I decided that I trust her, I believe her and stand by her. I will never leave her side now and I will do my best to protect her. However, the good people of Nigeria, who have shown us so much love, deserve to know what has been happening.

On behalf of my family, I would like to share a few highlights, especially about the attempted abduction of yesterday, Saturday, July 20th, 2019: