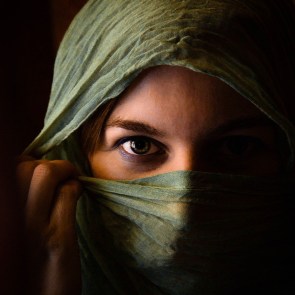 In these times, we need to revisit the story of Tamar over and over again. Tamar was David’s daughter who was sexually violated by her brother, Amnon, one of David’s sons who then casts her out. Tamar’s brother Absalom then finds out about what Amnon has done and he gives her advice based on his ignorance of the trauma of sexual violence.

Absalom says, “Be quiet now my sister, he is your brother so do not take this thing to heart.” That was so wrong. But it is David’s response that was really painful. We read that he was very angry but he did nothing. He does not condemn his son, Amnon, and he does not vindicate his daughter, Tamar. There are no words of kindness or comfort for his daughter neither is there justice carried out for the sake of her honor. David was angry but he remained silent.

By keeping silent and not taking action against Amnon, what David failed to do opened the door for Absalom to kill Amnon in revenge and then escape to his grandfather’s house, while Tamar was left in desolation. But why was David angry yet he took no action? What David sees in his two sons is really his own sins being repeated again. Not so long ago, David had not only overpowered and had an affair with Bathsheba, he also killed her husband, Uraiah, to cover up his tracks.

Now his sons were fulfilling judgement by committing exactly the same sins. So, David remained silent because he knew he was also guilty of the same act he was to pass judgement over. After Amnon had overpowered Tamar, her cries to him were “Amnon, where will I carry my shame to?” David’s judgement was meant to help alleviate Tamar’s cries but by his silence, the answer to her question was really, “nowhere”.

Today, Tamar’s story is still very common but it is one that’s been difficult for survivors to open up about. We hardly ever preach about Tamar from the pulpit. We don’t tell Tamar’s story most times to preserve David’s reputation as “a man after god’s own heart”. At the same time, silence from us as leaders heaps more shame on survivors like Tamar.

We need to allow our Tamars speak. We need to let them know that their stories need to be heard. We need to let them know that their grief is our grief and they should not feel ashamed. David’s silence should make us all speak today. David’s inaction should get us all to begin to act today. We must speak about Tamar’s story and as we speak of Tamar, we are speaking to the women in churches whose voices are silent because of the shame that they feel.

We are inviting them to a place where they feel safe to tell their story and where they begin a journey of healing. No daughter in the family of God should ever carry shame for the abuse she has suffered. There should be no desolate women in the church, only daughters of God who are seen, loved, and cherished. Today, when we talk about Tamar, we become for our sisters and daughters the advocates that Tamar never had.

previousShe Is Strong, But She Needs Protection - By Pastor Tony Rapu